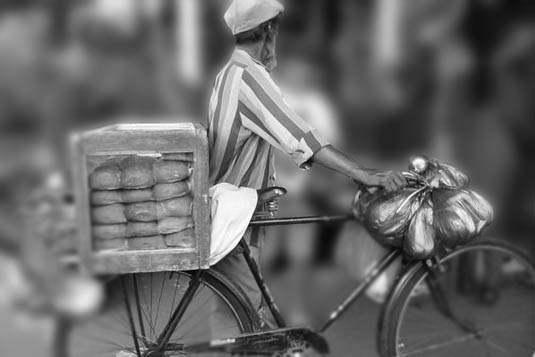 25 Jan Do you remember the bread man?

Not so long ago, in the good old days, bread men riding their bicycles in the early morning were announcing their arrival by squeezing bulb horns. They were delivering delicious out-of-the-oven crispy little round breads know as “pain maison”.

This round bread that tastes like our childhood and a nostalgic Mauritius has a history! At the time, a bakery had a team of five people, each with a specific role, from kneading the dough to heating the oven. The kneaders mixed the water, the flour and the yeast in a large bowl that served as mixer. To measure water, tinplate containers called “tins” were used.

The mixture of water, flour and yeast rested for more than 6 hours before the flour was added for the first knead.

After being kneaded a first time for 30 to 40 minutes, the dough rested for 15 to 20 minutes. It was kneaded again for 30 minutes and rested 45 minutes in summer and 1h30 in winter. The dough was then cut, roughly shaped and placed on wheat bran. 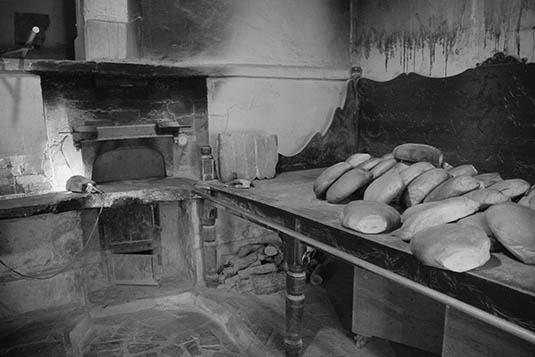 The bread in the oven

The “pain maison”, literally also called the “oven door bread” was cut directly from the dough, put on a wooden shovel and place in the oven by the “brigadier”, who could load more than 800 breads in one batch! To cook this famous bread, the stove was lit up at 7 o’clock at night to start baking at 3 o’clock in the morning.

Even before dawn, at 3 o’clock in the morning, the bread men were already arriving to take delivery of the breads just as they came out of the oven. And from there, they began their journey to deliver right to our doorstep, our delicious “pain maison”.

Bread men have been part of our daily lives for many years and nowadays, they are mainly found in the small villages of the island.